Cassidy has been a part of the dance world since she was two years old. She has competed locally, regionally, and nationally since she was 7 years old, about the same time she knew she wanted to open up a dance studio in the future.

She competed in Dance Masters of America where she won Petite Miss Dance 1996, Junior Miss Dance 1998, Teen Miss Dance 2000, Senior Miss Dance 2002, and was crowned Miss Dance of America Chapter 35 in 2004. Those titles brought Cassidy several opportunities to dance at Nationals in New York City, being placed in the Guiness Book of World Records, and having the privilege dancing on a Broadway stage. After graduating from her local dance studio, Cassidy knew she wanted to study and perform beyond that point.

Cassidy graduated from Texas Tech University in August 2008 with a Bachelor of Arts Degree in Dance. She was a part of the TTU Dance Company and was privileged to work with a variety of artists and choreographers who opened her eyes to different approaches in ways create movement. The following June, Dance Warehouse Studios was established in Lubbock, Texas.

The past 9 years, DWS has brought Lubbock a current approach on dance with new styles, techniques, and a freedom to express yourself. We began with one studio space and 53 students and have grown exponentially into a 15,000 square foot building, with 3 studios and 542 dancers. Dance Warehouse Studios has won best of the west the last 5 years and will continue to strive to always be the best. 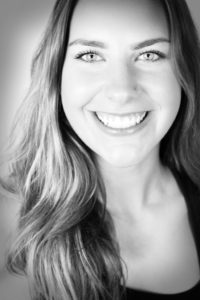 Sara Regian grew up in Rockwall Texas. She started dancing when She was 7 years old, and started competing when she was 13.  In middle school and high school, Sara was a part of drill team for 6 years in which she held many leadership titles, such as head dance captain and lieutenant. Although sara loves the upbeat genres, she has been trained throughout in  ballet, hip hop, jazz, lyrical, contemporary, and many more. she has been student teaching and teaching throughout her whole dance career where she has gained a passion for helping others. Sara currently attends Texas Tech to further her dream of becoming a lawyer. This is her second year at Dws and she is so excited to meet every single one of you! 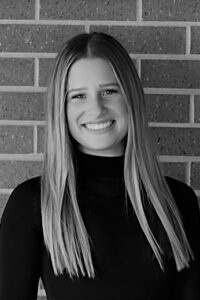 Lauren Wheeler grew up in Flower Mound, Texas. She is currently in her Junior year as a dance major and education minor at Texas Tech University. Lauren started dancing at the age of 4 and started competing when she was 9 earning multiple awards in various trios and ensembles. she was also a part of her high school drill team for 3 years and served as a lieutenant dance officer during her junior and senior years. After graduating, Lauren made the 79th line of the Kilgore College Rangerettes where She trained for 2 years. Her team performed in the opening number of the Macy’s Thanksgiving Day Parade, the Cotton Bowl Halftime Show in 2018 and 2019, The State Fair of Texas, and in several performances in Europe throughout her time in Kilgore. Lauren has a huge passion for dance and She can not wait to share it with everyone at DWS! 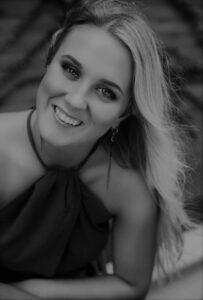 Brenna Johnson is a Nebraska native, born and raised in Omaha, Nebraska. She will be a junior in the fall at Texas Tech, Public Relations major, and is a member of the nationally recognized Texas Tech Pom Squad.

Brenna has been dancing since the age of 2, at Kitty Lee Dance in Omaha. Kitty Lee is a highly competitive competition studio that offered all dance genres. She is trained in ballet, jazz, tap, hip hop, lyrical, musical theatre, modern and her favorite style, contemporary. Brenna competed from the age of 5 until she was a senior in high school. Over the years at Kitty Lee, Brenna has been a part of many national titles at various competitions. Kitty Lee competed nationally at Hollywood Vibe, Talent on Parade, Hall of Fame dance and several other national title competitions over the years. She has attended national conventions such as Jump, Nuvo, Revel, Hollywood Vibe, and Pulse. She has been blessed to have trained with some of the most incredible talent in the industry and has learned and developed a passion for dance from choreographers around the country. Some of her favorites include, Chad McCall, Emily Shock, Blake McGrath, Michelle Miner, and Terry Schulke.

In addition to studio dance, Brenna was a 4 year varsity member of the Millard North Dance Team. During her time at Millard North, the team placed in the top 3 of the UDA dance team national championship all 4 years. In her 4 year run, the team continued the legacy of being double state title holders for Nebraska in both jazz and Pom for class A. Her senior year, as one of the senior captains of the team, millard north won its first national titles in both the large varsity jazz and large varsity Pom division. During her time with millard north dance team Brenna fell in love with Pom team, and was very fortunate to work with nationally recognized Pom choreographer Dan Sapp, and the very talented Morgan Burke.

Some of her absolutely favorite memories are in the studio and being able to grow up in a strong dance environment. She is eager and excited to share her passion for dance with dancers and loves choreographing. She is a polished soloist and has competed in solos, and trios over the years, her first time choreographing a trio placed 3rd nationally with Talent on Parade her junior year against many seasoned choreographers. She loves to tell stories through dance and loves to motivate and encourage dancers of all ages. She is very excited to join the dance warehouse studios family in Lubbock and can’t wait to inspire and challenge the dancers! 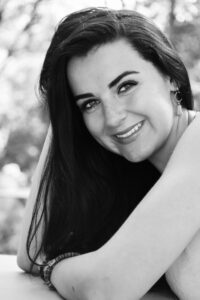 Alicia Livingston was born in Ohio where she began dancing at the age of two. After moving to Fort Worth, Texas in 2012, she joined a competitive dance team. In 2016 Alicia made her varsity drill team as a freshman and was honored to later be the Senior Lieutenant. Currently, Alicia attends Texas Tech and is majoring in Psychology. She has been trained in tap, jazz, ballet, hip hop, contemporary, lyrical, pom, and kick. Competitions have been a huge part of her life. She has been fortunate enough to travel nationally with her teams and collect numerous titles. Alicia first started assisting dance classes in middle school and went on to instruct dancers of all ages, in all styles. In high school, Alicia choreographed numerous routines for her drill team. She was responsible for the pom routine which scored 1st at every competition. Cleaning and polishing dances is something that Alicia loves. She gets so excited watching the progress of dancers and the overall improvement of the routine. Alicia has always felt like dance studios are her second home. She feels extremely lucky to have had such impactful dance teachers and hopes to bring the same light to the students at DWS! 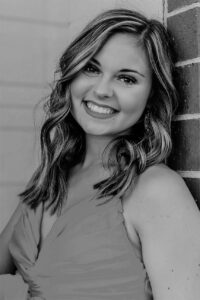 Haley Scalabrin comes to us from Olathe, KS, a suburb of Kansas City. She attends Texas Tech University where she is majoring in psychology and is a proud member of the Texas Tech Pom Squad.

Haley began dancing at the age of two, competing her first solo at only four years old. She has trained in all genres of dance, including ballet, jazz, lyrical, modern, contemporary, and hip hop. Haleys competition & convention experience is extensive and includes JUMP, NUVO, NYCDA, Hall of Fame, Starpower, Showbiz, Starquest, Rainbow, Talent on Parade, Revolution, and many more.  Over the years, Haley has won numerous national solo titles including Rainbow’s Dancer of the Year. This prestigious title allowed her the honor of representing America in the Battle of the Countries Competition in Australia. Haley began assisting and teaching at her studio when she was 10 years old. She soon discovered her passion for teaching others and began choreographing routines when she was 14. She has choreographed several solos and duos, as well as group dances. During her time as a studio dancer, Haley was fortunate to train with many well known and highly respected choreographers such as Amy Berekoff, Jared Baker, Emily Shock, Jaci Royal, just to name a few.

Outside of the studio, Haley was also a 4 year member of the Varsity Olathe Northwest High School dance team. During her time on this team, she helped bring home 12 national titles from the NDA Nationals in the large varsity pom, large varsity jazz, and team performance divisions. It was during these 4 years that Haley fell in love with the NDA atmosphere, work ethic & motto. In February 2020, Haley was selected to become an NDA staff member.

Haley has a special way of motivating and connecting with her students. She recognizes how important it is to have a healthy and encouraging dance home and is mindful of that with every student she teaches. Haley knows the positive impact her mentors have made on her and hopes to do the same for others. She can’t wait to share her dance passion with the Dance Warehouse Studios Family! 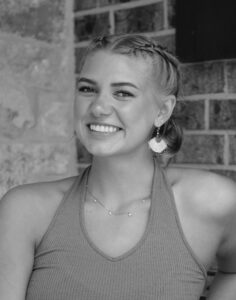 Heidi Klosterboer is a 19 year old from Houston, Texas. She is a freshman at Texas Tech University, majoring in Speech-Pathology and is also involved in greek life on campus. She has danced for 14 years, including many years dancing on a company and drill team. She has taught for 3 years at a dance studio out of Kingwood, Texas focusing primarily on jazz, technique, and company classes. She is also well trained in ballet, lyrical, and contemporary styles of dance. She is so excited to be a new member of the DWS family, and cannot wait for the coming year. 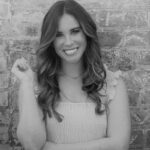 Jesse Hoff is from League City, Texas. Jesse started dancing when she was 2 years old at Kimberly Hoff School Of Dance and started competing at 6 years old on the Clear Lake Rockettes dance team. She has been trained in all genres of dance. Jesse’s favorite styles are jazz, hip hop, and contemporary. She has earned several solo and team regional and national titles growing up and was on her high school dance team where she was captain her senior year. Also, her senior year she was on the Dance Dynamic Worlds team winning World Champion in 2016. After high school, Jesse attended Blinn Junior College and was on the Blinn dance team. She was caption her sophomore year of college winning 2 national NDA titles. She transferred to Texas Tech University and made the Texas Tech Pom Squad 2018-2020 winning an NDA national title.

Jesse loves what dance has brought into her life. She loves sharing her passion for dance with other dancers and motivating them to be confident. Jesse admires the positive impact her mentors have made on her and wants to do the same for others. Dance has brought her friendships, memories, and great work ethic. Jesse is so excited to join the Dance Warehouse Studios family and be able to share her passion for dance.